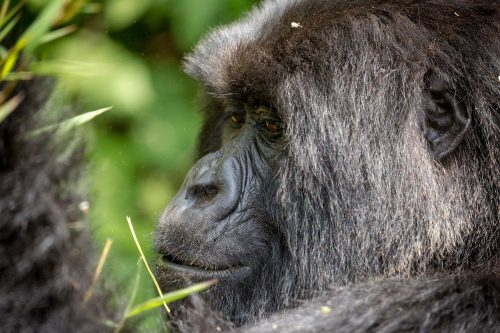 Get into Kigali and drive 2.5 hours into Volcanoes National Park where you’ll be hiking to see Rwanda’s mountain gorillas.

Safari Type: Custom Made
For Who: Not for Kids
Start/End: Kigali, Rwanda 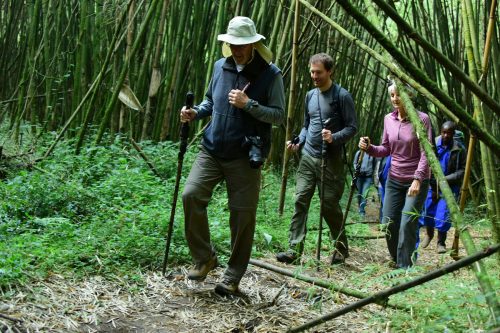 Get into Kigali and transfer to your glorious forest lodge in Volcanoes National park where you’ll hail to embark on a lifetime dream of tracking the mountain gorilla.

Safari Type: Custom Made
For Who: Not for children
Start/End: Kigali, Rwanda 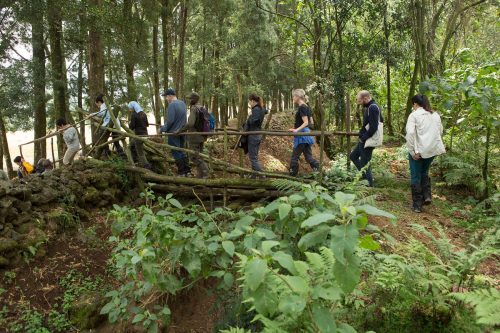 Get into the Eastern Africa rainforest jungle of Bwindi Impenetrable and meet the mighty gentle giants of the mountain on this short weekend Gorilla Trekking African safari.

Straddled between the borders of Uganda, Congo and Rwanda, Volcanoes NP is Rwanda’s top destination and mountain gorilla sanctuary.

Best place to see habituated chimpanzee and many other primates. Walk the tree-top canopy and experience Rwanda’s jungle from above.

The only savanna safari park in Rwanda where you can take a game drive and see the famous Africa Safari “Big Five” animals.

Kigali city is the capital of Rwanda and the entry point into the country. Experience Rwanda’s urban cultures and visit the Kigali Genocide Memorial.

The only fresh water lake in Rwanda with some of the best inland beaches in the region. relax here after your gorilla trekking encounter.

Nicknamed the “Switzerland of Africa”, Lake Bunyonyi is a great place to spend your holiday after a gorilla tour in Bwindi, Mgahinga or Volcanoes NPs.

Enquire or request a quote

Why you should visit Uganda

Commonly referred to as the “Pearl of Africa”, Uganda offers more than just an Africa safari in the savanna plains. Uganda is one of the three countries in the world where you’ll see the endangered mountain gorillas. Protecting more than half of the last 1000 remaining mountain gorillas, Uganda attracts huge numbers of visitors into the country just to take a glimpse at these mighty creatures.

When we speak enchanted beauty of Africa, we have to mention Uganda. The country is covered with a green blanket forming some of the most spectacular scenes on the continent. It is here that you’ll experience both the savanna and the rainforest without leaving the country. Beautiful plains form as the flat savanna plains move toward the western mountains formed by the rift valley millions of years ago.

The people are friendly, some of the richest cultures in the world are found here, you’ll encounter more than 43 languages spoken and yet the people communicate and keep a rich social culture. Come to Uganda and live in the real African spirit.

Mountain gorillas live in a small csouth western corner of the country. There two regions in where these giant apes find life flourishing; Bwindi Impenetrable Forest and Mgahinga National Park.

Uganda has put so much efffor into protecting the endangered mountain gorillas, and this shows from the increasing number of gorillas in the area. But these efforts don’t come cheap, so a fee is requested from anyone that wants to be escorted to the see the mountain gorilla in form of a gorilla permit.

A gorilla permit to go gorilla trekking in Uganda’s jungles costs US$700 per person per trek and the permit is issued by the government Authority (UWA) at face value.

With a gorilla permit in your hands, you’re escorted into the jungle through damp floors and thick misty foliage.