Queen Elizabeth National Park guide provides information on how to get there, attractions, activities and the best time to visit.

Queen Elizabeth National Park is the most popular savannah park in Uganda which offers the four big mammals and the spectacular views of wildlife along the Kazinga Channel. The park is popularly known for the tree climbing lions, these are found at the ishasha sector of the park and the only place to find them in Uganda. In the world it’s only in two places to find the Tree climbing lions that is Queen Elizabeth National Park (Uganda) and Lake Manyara National park (Tanzania).

How to get to Queen Elizabeth National Park

The park is approximately 410 kms from Kampala city and can be accessed through 6 districts in Uganda below are the different transportation ways.

This is the most common type of transportation to the park and it will take you approximately 6 -7 hours from Kampala city via Mbarara road. Is 420 kms The second connection route is via Fortportal and Kasese it’s 410 kms and takes approximately 6.5 hours to get there. The roads are in good condition but as you get closer to the park, the roads are Marram and you may experience the African Massage. We recommend you use a 4×4 Vehicle and this ranges from Us dollars $200-$350 per day minus drivers’ allowance.

The air transportation is operated by a few companies that is Aero link and fly Uganda. There is always 1 flight that takes 1hour to Queen Elizabeth National Park N.P from Entebbe international airport at 7:00 am- 8:00 am by Aero link to Kasese and Mweya. With the two Airstrips, tourists should prepare for the stopover as other passengers disembark till the last stop. Air transport fees depend on whether you are using a scheduled craft or chartering one for your group. However, out of the parks there is always at least a flight going to the park on daily basis.

What to do or attractions in Queen Elizabeth National Park

The equatorial climate in Queen Elizabeth National Park N.P has blessed it with quiet a number of attractions from wildlife to waterfalls that are all found in one place.

The channel is 32 kms long and connects two lakes that is Lake George in the south and L. Edward in the north. It’s a drinking place for most wildlife in the park and draws high volumes of hippos and crocodiles as well as other wildlife like buffaloes, Elephants and bird species. The launch boats are organized by the Uganda Wildlife Authority or private supplies and they cost $30 for a minimum of 1-10 people. They scheduled trips are 3pm and 5pm for 2 hours which is rewarding as well as the finest launches in all Uganda’s parks. Other private boat launches are arranged at the Mweya side from 10am and 1 pm

The park is home to 4 of the Big Five of Africa (Lions, Buffalos, Leopards and elephants) alongside other wildlife. the park is the only one in east Africa with tree climbing lions and concentrated at the ishasha sector. The park has volumes of the Uganda Kobs, Jackson’s Hartebeest, Oribi, duikers, waterbucks, crocodiles & Hippos and Rothchild giraffes that are seen at a distance. The park also is a home to two rare nocturnal that is Pottos and Bush babies. Games drives offer tourist incredible sights for wildlife and they start at 6:30am (morning), 3pm (Afternoon) and 6:30pm (Night drive) every day. Game drive are done using the 4×4 vehicles which you can hire in the near by towns or use a tour operator to organize the activity for you. The other option is through hiring a Uganda Wildlife open car that ranges from $30-$150

Apart from Kibale, queen Elizabeth N.P offers chimpanzee tracking in the Maramagambo Forest along with other primates like black Columbus monkey, red tailed monkey, Lhoest’s monkey, Baboons, Blue monkey, Mangabeys.  The chimpanzee trekking is done twice daily in Maramagambo forest and Kyambura gorge, it starts at 8am and 3pm. The permit costs $70

Queen Elizabeth National Park N.P is one of the places in Uganda to see the rare Shoebill stork on a boat ride on the Kazinga Channel. The park boosts of over 450 bird species both forested and water birds as well as the Migratory European birds during certain seasons. Please not that migratory birds are only present in November to April. It’s also home to the un common birds that is the Rwenzori Turaco, Forest Flycatchers and White Naped Pigeons.

Queen Elizabeth park houses the Katwe lakes that are formed through volcanic eruption leading to formation of three beautiful crater lakes. Tourists visit these lakes for sightseeing and sports activities like Kayaking on Kyasanduka Crater lake, gorgeous views of Kichwamba escarpment home to Bunyaraguru Crater Field and the three crater lakes of Ndali. Last but note list is the alluring Kyemengo crater lake is the most beautiful of all the Katwe crater lakes.

The time of visit varies depending on the seasons that’s wet or dry, however, Queen Elizabeth National Park N.P is open for gorilla tracking all year long. The best months to see volumes of wildlife is December- February and June- September. The best time for birdwatching is March- September and Migratory bird watching in November-April. The wet seasons are March, April, May and November with higher rains that cause delays due to in passable roads and wildlife encounters.

However, due to global warming there has been a change in the rainfall patterns therefore this can change year after year.

Where to stay in Queen Elizabeth National Park

There are a number of places to stay while on your Queen Elizabeth National Park  trip which ranges from Budget, Midrange to Luxury accommodation. Budget accommodation ranges from $30-$150, Midrange from $200- $250 and Luxury from $300-$1000.

For your planning purposes you can visit the park for a two (3) or multiple days depending on your budget. We recommend that you combine this tour with other classical places in Uganda like Lake Mburo, Bwindi for gorilla tracking, Kidepo, Kibale forest N.P, Jinja tour, Ngamba Island Chimpanzee Sanctuary, Sipi falls, Sezibwa falls.

Furthermore, cross border safaris can be added in Rwanda like Akagera, Nyungwe, Kivu and Volcanoes N.P. In Kenya don’t forget to add on the Masai Mara for the wildebeest and Amboseli for the big five. These combinations will just add a slice to your safari as you touch each of the EastAfrican countries.

In conclusion, Queen Elizabeth National Park N.P will offer you a chance to view volumes of wildlife, the 4 big five and contact us for a bespoke trip or tailored safari. Forever Africa Safari offers a variety of gorilla trekking safari options at unbeatable rates. Contact us for the best rates at info@foreverafricasafari.com or call us /WhatsApp us +256 772 221 880 to start planning your safari / tour today! 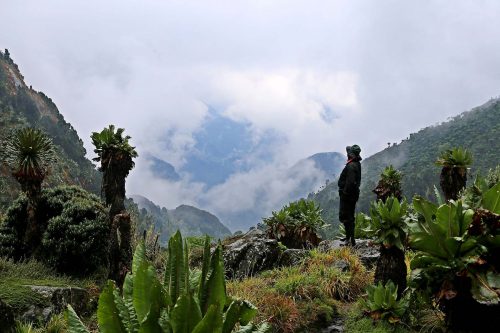 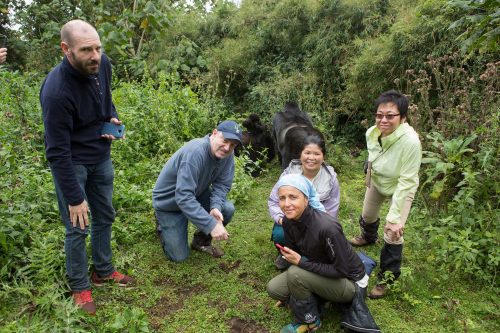 Safari Type: Custom Made
For Who: Partly not for kids
Start/End: Entebbe, Uganda 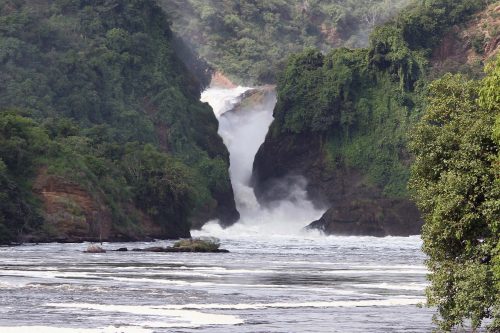